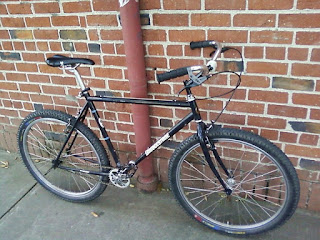 Inspired by the reverse-bike-thief currently terrorizing the streets of NYC, I thought today I would recount (one of) my very own bike theft sagas. It begins around six pm on a Thursday in spring, I was preparing to mount my trusty Bridgestone MB5 when I realized the tires were a little low. My pump was just inside the basement door, I was sure the bike would be fine for the thirty seconds it might take to duck inside...

As I turned my back and stepped down into the basement I heard the screech of bike tires, a clamor, and a pitter-patter. I turned just in time to see my own back wheel slipping past the open door. I decided in that moment, "I will not lose my bike today." Pump in hand, I sprinted out the door, at first following only the scent of my wayward bike. As I spotted the thief, I shouted " You better stop! That's my bike! He's stealing my bike!" For six blocks I chased the thief on foot, his tires were treacherously low and I was out for blood. Eventually my pleas became threats, and to my surprise a truck that was traveling the opposite direction "flipped a U" the driver leaned out the window, "Hop in the bed we're gonna get you're bike back!"

So here I was, "surfing" in the back of a pickup truck, wielding a pump as my lance as we chased down the bandit. With my spirits up and in the heat of the chase I could not help but taunt the culprit, "We're gonna get you! You stole the wrong bike man!" At this point the thief was trying everything possible to get away, we chased him down alleyways and across parking lots. Before I had a chance to knock him with the pump he stopped, apparently he had realized he would not get away.

I was surprised to find that he was a middle aged man, not surprised that he smelled horrible and was apparently "tripping" on something. He insisted that I had stolen his bike, which was lying in the alley by my door where he had ditched it to steal my bike. The good Samaritan (thank you thank you!) intervened before the situation could escalate and I rode home on my bike and waited for the thief to come back for his. When he arrived I informed him that should I ever catch sight of him in my neighborhood again, I would retroactively punish him for the theft of my bike, and I am happy to report that I haven't seen him since.

So, to the dude who stopped for a good chase I say "Thank You!" That Bridgestone was the first bike I had really set up perfectly and I was so attached and though the bike may be gone (it's close, my boss now owns it) my gratitude is eternal. This experience proves it, happy endings really do happen. 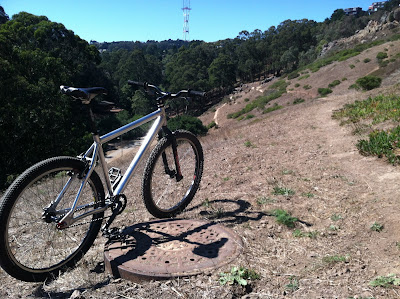 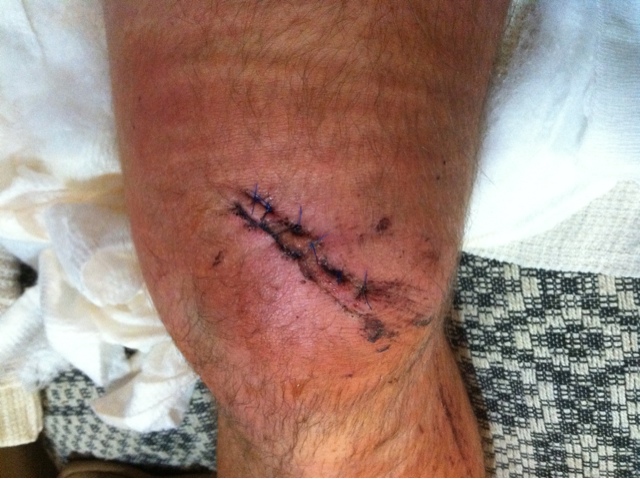